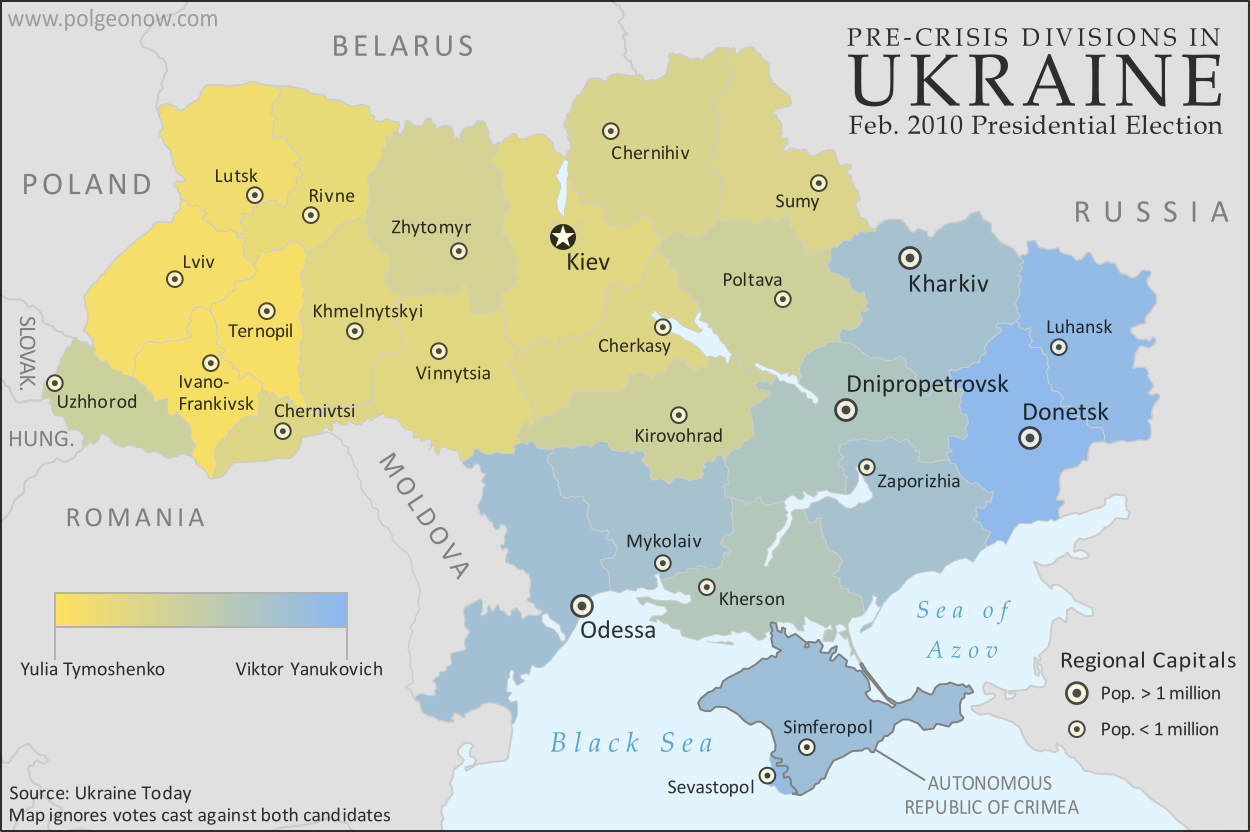 The British Helsinki Human Rights Group (BHHRG) sent observers to the second round of the presidential election in Ukraine on 21st November 2004. BHHRG monitored the election in the city and district of Kiev, Chernigov, and Transcarpathia. Counts were observed in central Kiev and Uzhgorod.

Contrary to the condemnations issued by the team of professional politicians and diplomats deployed by the OSCE mainly from NATO and EU states, the BHHRG observers did not see evidence of government-organized fraud nor of suppression of opposition media. Improbably high votes for Prime  Minister, Viktor Yanukovich, have been reported from south-eastern Ukraine but less attention has been given to the 90% pro-Yushchenko results declared in western Ukraine.

Although Western media widely claimed that in Ukraine the opposition was, in effect, excluded from the broadcast media, particularly in western Ukraine the opposite was the case. On the eve of the poll – in flagrant violation of the law banning propaganda for candidates – a series of so-called “social information” advertisements showing well-known pop stars like Eurovision winner Ruslana wearing the orange symbols of Mr Yushchenko’s candidacy and urging people to vote appeared on state television!

Although BHHRG did not encounter blatant violations in either the first or second rounds, the Group’s observers were alarmed by a palpable change in the atmosphere inside the polling stations in central Ukraine in particular. In Round 1, a relaxed and orderly mood prevailed throughout the day. In Round 2 the situation had become slightly tense and chaotic. In BHHRG’s observation the change in Round 2 was attributable primarily to an overabundance of local observers, who exercised undue influence over the process and in some instances were an intimidating factor. The vast majority of observers in the polling stations visited were representatives of Viktor Yushchenko.

Transparent ballot boxes meant that these observers could frequently see how people had voted. This OSCE-approved innovation made intimidation of voters for the more unpopular candidate in any district easier since few supporters of the minority would wish it to be seen how they had voted.

Ukraine’s election law allows only candidates and political parties, not non-governmental organizations, to deploy observers. However, observers can be deployed in the guise of journalists. For example, the Western-sponsored Committee of Voters of Ukraine (KVU) – clearly sympathetic to the opposition – deployed observers throughout Ukraine as “correspondents” for the organization’s newspaper, Tochka Zora. On 31st October, BHHRG did not encounter any representatives of this newspaper anywhere, but on 21st November such journalist-observers were highly visible in central Ukraine. In Chernigov 11/208, for example, all 6 journalist-observers represented opposition newspapers and one, for Tochka Zora, stood very close to the ballot boxes and closely inspected how votes were cast. Because ballot papers in Round 2 were much smaller than in Round 1 and were not placed in envelopes before insertion into the transparent ballot boxes, secrecy of the ballot was compromised. In this case, the immediate impression was that a young Tochka Zora correspondent exercised more control over the process than the election commission chairman himself.

In Chernigov (7/208), all 7 journalist-observers represented opposition newspapers, in some cases simply temporary campaign publications such as the pro-Yushchenko propaganda paper Tak – his election slogan “Yes.” In a scene exemplary of the mood of voting on 21st November, BHHRG watched a nervous looking old woman emerge from a voting booth, approach the three opposition observers sitting directly behind the ballot boxes, and ask: “Have I filled out the ballot correctly?” An observer inspected the ballot, saw it was filled in for Viktor Yushchenko, and replied: “Yes.” The woman’s unfolded ballot was plainly visible in the transparent ballot box.

Such groups of opposition journalist/observers were not in evidence in the Transcarpathian region visited by BHHRG’s observers. Exit pollsters in Mukachevo admitted to being Yushchenko supporters and were carrying out their poll in a simplistic manner – asking every twentieth voter for their choice without categorizing by age, class, etc. 40% of voters refused to say how they had voted, but 80% of the remainder said that they had backed Yushchenko. The exit polls were clearly not scientific – less so even than the ones predicting Kerry trouncing George W. Bush in Florida and Ohio!

In a polling station attached to Uzhgorod’s university  a group of young, male Yushenko observers hung around the entrance to the polling room and next to the ballot box. OSCE guidelines condemn the presence of such un-authorised personnel. The commission chairman in this polling station stated that four members of the election commission had prevented observers for Mr. Yushenko from fulfilling their tasks leading to the intervention of lawyers. When this accusation was put to other members of the commission they appeared dumb-founded and said no such incident had taken place.  The chairman appeared shocked that the BHHRG observers sought to confirm his detailed account of the misbehaviour of some of his colleagues by asking other witnesses, but no proper observation should accept allegations unquestioningly.

Whatever may have been the case in south-eastern Ukraine, it was clear to this Group’s observers in central Ukraine and western Ukraine that the opposition exercised near complete control. The broadcast media showed bias towards Mr. Yushchenko in these areas, particularly in western Ukraine where Mr Yanukovich was invisible – not even being shown voting on polling day.  It is naïve to think only the government had the facilities to exercise improper influence over the polls. From what BHHRG observed, the opposition exercised disproportionate control over the electoral process in many places, giving rise to concerns that the opposition – not only the authorities – may have committed violations and may have even falsified the vote in opposition-controlled areas. So-called “administrative resources” in places visited by BHHRG appeared to be in the hands of the opposition, not the government, and this may have frightened voters. After all since Sunday, police and security personnel in some western towns have declared their loyalty to “president” Yushchenko.

The open bias of Western governments and their nominated observers in the  OSCE delegation, some of whom have appeared on opposition platforms,  makes it unreasonable to rely on its report.

In spite of concerns, BHHRG finds no reason to believe that the final result of the 2004 presidential election in Ukraine was not generally representative of genuine popular will. The election featured a genuine choice of candidates, active pre-election campaigns, and high voter participation.  It is clear that Ukrainian opinion was highly polarized. That meant many people backing a losing candidate would find it difficult to accept a defeat. Foreigners should not encourage civil conflict because the candidate on whom they have lavished expensive support turned out to be a loser.